A Maritimes Breeding Bird Atlas was first suggested in 1970, and again in 1981, but did not come to fruition until 1984.  Planning began that year and fieldwork was undertaken from 1986-1990.  This huge effort involved 1,120 people, who donated some 43,000 hours in the field. The Atlas, a 270-page book edited by Dr. Tony Erskine and published in 1992, showed where each breeding species occurred. Each species account consisted of a page of maps, a detailed descriptive account and an estimate of overall abundance.

You can now read the First Atlas in PDF format (23 Mb). 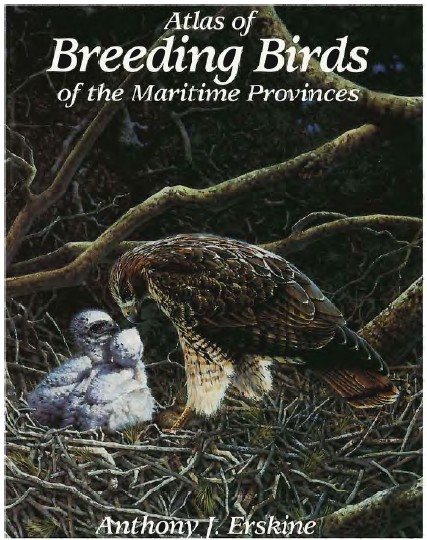